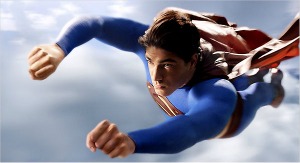 If you're not using Keywords, you're missing out.  It's the fastest and most flexible way that I can imagine to navigate around frequently visited sites.

To set a keyword, bookmark the site, then press Shift+Ctrl+B to open your bookmark library.  Click on the bookmark then at the bottom you'll see the attributes Name, Location, Tags, Keyword, and Description.  Whatever you type in "Keyword" will become your "shortcut text" to that website.  From then on, type that text in the address bar and hit enter and you go straight to that site.

For my most frequently visited sites I assign a one-character keyword.  For example, my keyword for Gmail is simply "g".  All I have to do is press "Ctrl + L" which takes me to the address bar, then press "g" and "enter".  It's just as fast to open it in a new tab: "Ctrl + T (opens a new tab with your cursor already in the address bar)" "g" "enter"

Whenever I find myself visiting a site over and over, I'll create a keyword.  Facebook is "f".  I have a keyword "phillies" which takes me to the Phillies schedule on Yahoo Sports.  When I was learning how to maintain my pool this summer (my first pool), I visited this site a lot, so I assigned it the keyword "pool".

I try to play "A Google A Day" everyday, and I assigned it the keyword "game".

With my hands on the keyboard I can literally open any of those websites in under half of a second (okay "phillies" might take a full second). 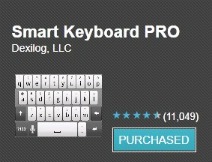 Oh shit, I forgot to mention this in my Texter post, so rather than expanding on it (pun), I thought I'd make it today's post.

Since I love my text expander so much, I wanted to find one for my Android phone.  The most frequent thing that I find myself typing over and over on my Droid X is my email address and that's a pain...it's 17 characters total, you've got to toggle back and forth to get the "@" symbol...it just takes too long.

What I needed was a text expander.  I found one in Smart Keyboard Pro.  Once you install it, you go into the Settings > Text Prediction > Custom AutoText > click Add AutoText.  In there you put the text you want to type, and then what you want it to expand to.  (Hint: make sure that the text you use to expand isn't a real word...you don't want to insert your email address every time you type the word "email!").  For me, all I have to do is type "wg" and it inserts my email address!  For me, that one feature is worth the price of the entire app.

Email ThisBlogThis!Share to TwitterShare to FacebookShare to Pinterest
Categories: productivity 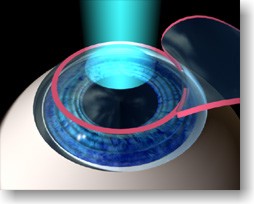 In about 6 hours I'll be having my eyeballs cut open and shot with a laser.  What are you doing today?

I've had horrible eyesight my entire life.  I've had contacts since probably 7th grade, which would have put me around 12 years old.  I'm 32 now, so if you're great at math like me, that's 20 years with contacts.

And it all could end in 6 hours.

There ARE risks.  As I understand it, these days they are pretty good at excluding people who aren't good candidates for the proceedure and minimizing risk.  But still 1 in 200 people don't heal properly after the surgery and their vision is pretty much messed up forever.  And by "messed up forever" I don't mean "will still have to wear glasses"...I mean  they get stuck with very poor vision uncorrectable by lenses.

Update 7/23: It's the next morning, I'd say that everything went pretty well.  It's not perfect.

Immediately after the surgery there was a significant amount of "fog" in my vision which they said is normal.

The surgeon said it would mostly go away after I took a nap and should be fully gone by the next morning (this morning).  He was right about that...it's almost all gone, but there's definitely still some fog in my vision.

Other potential side effects of LASIK are the "Starburst" and "Halo" effects:

When I look at a light in a dark room (for example the white clock on my DVR in my "man cave" or white text on a black tv screen) I currently see a decent amount of Starburst and a significant amount of Halo.

They do say that it can fade as the eyes heal, so I'm hopeful for that!

It's also a little annoying to look at the computer to type.  Not nearly as sharp as it was before with contacts or glasses.

To be sure, though, my vision is dramatically improved.  There's no way I would have been able to sit down and type this without any contacts or glasses.  I can see very well in general, and I currently don't regret the surgery at all.  I have a follow up appointment this evening, and hopefully it will just continue to get better!

Update 8/1.  I can basically see perfectly.  The starburst and halo are almost totally gone, and whatever is left isn't really noticeable anymore (it's still there, but it seems normal now).  I can't believe I can see this well without contacts/glasses.  Amazing!
Posted by Walt at 7:43 AM No comments:

How To Stop Time

I know we can't technically stop time (yet), but if you can figure out ways to accomplish your tasks quicker without sacrificing quality, that's really the same thing, isn't it?

Assume you have a task that takes 10 minutes.  What's the difference between stopping time for a minute (thereby completing it in 9 minutes) or figuring out how to get that task done in 9 minutes?  Answer: No difference.  Just as good as stopping time.

Just like compounding interest creates huge gains over time, saving small amounts of time every day adds up huge over the long run.

That's where one of my favorite programs, Texter, comes in.  Texter is a free text expander from LifeHacker that lets you create key phrases (called hotstrings) that - when you type them - automatically expand into more text.

If you have anything repetitive that you find yourself typing over and over, you need to check this out.  For example, without getting too specific, at work I'll frequently get all kinds of financial files and I'll review the investments for suitability.  Once reviewed, I'll shoot an email to the necessary parties with instructions for what to do next.  As you can probably imagine, there's a lot of the same words being typed again and again.  So I set up a shortcut in Texter...whenever I type "529email" it will instantly type out my entire email (about 4 paragraphs) and I just have to fill in a few specifics (account numbers mostly) and click send.

I've been using it for a few months now and according to the stats, I've saved myself from typing 58,877 characters.  I'd say that's definitely worth the 2 minute install and maybe a half hour to get used to it, wouldn't you?

Email ThisBlogThis!Share to TwitterShare to FacebookShare to Pinterest
Categories: productivity

I Love Evernote So Much, You Don't Even Know... 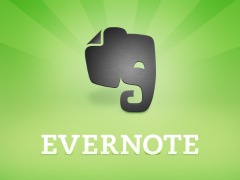 I have just about the worst memory in the world.

Okay, that's probably an exaggeration. but it's not that far off.  My grandfather has a terrible memory, my dad isn't too far behind him, and I can tell that it won't be long before I'm in the exact same boat.

I think it's accelerating with each generation.  If I ever have a son, he'll probably have Alzheimer's before college.  It's depressing!

Does this sound familiar...you think of something you need to do, and then NO MORE THAN 5 SECONDS PASS and you've completely forgotten what that was.  No matter how hard you try to remember, it's gone.

Welcome to my life.

I tried a lot of different ways of keeping everything in one place...I tried storing files on Dropbox (which I love, btw).  I tried emailing myself everything I wanted to remember.  I tried calendars.  I tried all of the different to-do lists online and nothing quite seemed to work for me until Evernote.

Rather than go over the features like a step-by-step tutorial, I'll just tell you how I use it...let me know in the comments if something doesn't make sense or if you have questions.

I spent about an hour and a half per day in the car driving back and forth from work.  I have a LOT of thoughts during that time.  Since I'm driving I can't exactly send myself an email or write anything down, but that's where the Evernote Android app shines.  I just tap an icon on my phone and it starts the voice recorder.  I just say whatever I want (keeping my eyes on the road) and when I'm done I tap the Save button.  It's instantly uploaded to my inbox for me to review later.

It also has a one-tap button to take a photo, and any text in the photo becomes instantly searchable in Evernote.  If you either don't have a scanner or you don't have one handy, a quick photo accomplishes the same thing since you can search the words in photos.  If you see something in a store that you want to look into later, just snap a photo into Evernote, it will be there next time you open it up.


For me, I spend all day putting things into Evernote (voice notes, photos, text notes, emails, etc) and then the first thing I do when I get home is look in my Evernote "inbox".  Anything that requires action I do or put in a queue, everything that's for future reference gets tagged and put away.

For example, anything I buy, I'll download the user manual for it, tag it as "user manual" and forget about it.  That way if I need to find a part number or something 2 or 3 years from now I'll be able to find it with no problem.


Another handy use is anytime I have to call into a company, whether it's my cell phone provider, the local electric utility, or scheduling an appointment with the vet for my dog, I just open up Evernote and start typing the details of who I'm speaking with, what time it is, and what we discussed.  Then I tag it and forget it.  If I ever need that information, it's right at my fingertips wherever I am, thanks not only to the desktop app but all of the mobile apps they offer.
Posted by Walt at 8:19 PM 1 comment: